David McKinley | Alliance to Save Energy
Skip to main content 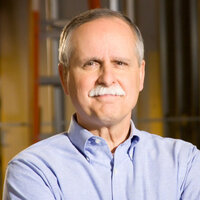 Honorary Board Member since 2014

David McKinley has been a strong advocate for common sense, market driven reforms to help government operate more efficiently for many years. He also recognizes that the coal industry is the backbone of West Virginia’s economy and the attacks on coal from Washington must be stopped. This is why David B. McKinley is proud to represent the 1st District of West Virginia in our nation’s Capitol.

Born in Wheeling in 1947, David attended public schools and worked his way through college graduating from Purdue University with a degree in Civil Engineering. After college he spent the next 12 years in the construction industry and taught night classes in local technical colleges.

He then established McKinley and Associates – an architectural and engineering company that has grown to include offices in Wheeling and Charleston, WV and Washington, PA. During his career as a Professional Engineer, David has been on the Board of Directors of the state engineering society and on the Board of the National Society of Professional Engineers representing the interests of West Virginia.

As a successful former small businessman, David has created hundreds of jobs and understands the vital role of small businesses in creating private sector jobs and strengthening the economy. He has been recognized twice by West Virginia Executive Magazine as one of the 50 most influential people in West Virginia.

From 1981 through 1994, he represented the Third Delegate District in the West Virginia Legislature, serving primarily on the Finance Committee as well as the Banking and Insurance and Roads and Transportation Committees among others. His voting record reflects the interests of his constituents. In 1990, David was elected as Chairman of the West Virginia Republican Party Executive Committee and was one of three representing West Virginia on the Republican National Committee in Washington, D.C.

As a Legislator and as State Chairman of the Party, David advocated conservative principles of smaller, less intrusive government and lower taxes. In 1994, he was recognized by the Charleston Gazette for working cooperatively with Democrats in the legislature and achieving the highest percentage of bills passed into law: demonstrating effective leadership and an ability to gain crucial bipartisan support on issues.

During his tenure in the West Virginia Legislature he was also recognized by the Business and Industry Council for having one of the most conservative, pro employment voting records. In his various elections, he was consistently endorsed by the NRA, West Virginians for Life, newspapers across the state, and other conservative groups.

As an individual with significant hearing impairment and a grandfather to a child with special needs, David McKinley is no stranger to overcoming the obstacles of disabilities. He also helped to direct the care for his 89 year old mother who suffered from dementia and recognizes the challenges of long term home care for our elderly. While in the state legislature, David authored the West Virginia law which prohibited insurance companies from cancelling insurance to individuals diagnosed with HIV.

David is married to the former Mary Gerkin from New Martinsville, West Virginia and is a proud father of four children and six grandchildren. David is a seventh generation resident of Wheeling and West Virginia. He is passionate about the people of our state and has dedicated his life to creating jobs and opportunities, right here in his local community.