Bill Becker | Alliance to Save Energy
Skip to main content 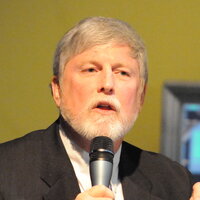 Center for the New Energy Economy

William Becker is a senior associate at Natural Capitalism Solutions and director of the Powering Forward project at Colorado State University’s Center for the New Energy Economy (CNEE). He serves as a policy advisor to the Environment and Energy Study Institute in Washington, D.C., and as a member of Mikhail Gorbachev’s international Climate Change Task Force.

CNEE, founded and is directed by former Colorado Gov. Bill Ritter, launched Powering Forward in the spring of 2013 with the encouragement of the White House. The project engaged more than 100 thought leaders to create more than 200 recommendations on how the Obama Administration can address climate and energy policy with its existing authorities.

Prior to 2007, Bill was a senior official at the U.S. Department of Energy, including 10 years as DOE’s Central Regional Director.

Bill serves on the editorial board of the Solutions journal and is a frequent guest blogger on Huffington Post. His books include The Indefensible Society, a treatise on the national security dimensions of clean energy; Out of Harm’s Way, the story of a flood prone community’s move to higher ground; The Making of a Solar Village on how a rural village became America’s first solar community; and The 100 Day Action Plan to Save the Planet published by St. Martin’s Griffin in New York.