Andreas Schierenbeck | Alliance to Save Energy
Skip to main content 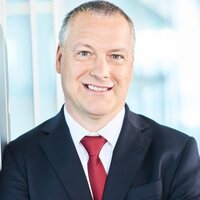 Board Member Since June 2016

Born in 1966 in Hohen-Neuendorf near Berlin, studied electrical engineering at Dresden University of Technology.

After completing his studies, Andreas Schierenbeck began his career in 1992 as a control center software developer, followed by positions in commissioning, as a project manager and in business development at Siemens AG in Vienna, Austria. In this role he spent two years in Colombia and Venezuela.

On his return to the Austrian capital, he was tasked with restructuring a software company acquired by Siemens. Following the successful completion of this project, he performed further duties in control center technology. In 2005 he took up new challenges and joined the Building Technologies Division, initially as Senior Vice President for Fire Services. From 2006 to 2010 he served as CEO for the Building Automation business unit in Zug, Switzerland, and has been President and CEO of Building Technologies Americas at Siemens Corporation in the USA since 2010.