Allen Stayman | Alliance to Save Energy
Skip to main content 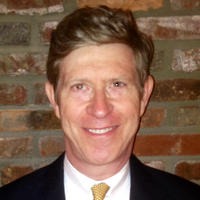 Allen Stayman was born and raised in Philadelphia, Pennsylvania, and received  Bachelor’s and Master’s degrees from the University of Washington, in Seattle.

He first joined the staff of the Senate Committee on Energy and Natural Resources in 1984 to handle several issues including energy conservation.

Allen staffed Committee consideration of the National Appliance Energy Conservation Act of 1987 (NAECA), the first law to implement consensus appliance standards, and he worked on numerous energy efficiency laws until leaving the Committee in 1993 for positions in the U.S. Departments of the Interior, and the State Department.

Allen worked for the Alliance to Save Energy for two years before returning to the Senate Energy Committee in 2003 where he continued to staff legislation and issues related to energy efficiency until retirement at the end of 2016.